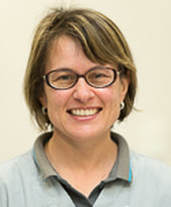 Julene Kelly, BVSc
Julene graduated from Massey University with a Bachelor of Veterinary Science in 1994, and began her Veterinary career working for Malcolm in his own small animal practice. After a few years Julene moved on to work in Hamilton, and then Waiuku, and then found herself working back in Wanganui as a locum veterinarian for both clinics.

Julene enjoys spending time with her family and renovating her new home.

Chelsea Underwood, BVSc
Chelsea has been with Wanganui Vet Services since July 2015, and has worked solely at VETS on Carlton since mid 2018. Chelsea qualified in the class of 2010, and has worked in the South Island up until beginning her employment with us. For the first two years of her career Chelsea worked in Ashuburton as a Large Animal vet, followed by two years in mixed practice in Fairlie. She then spent a year doing locum work and travelling.

Chelsea loves every aspect of her job. She enjoys a challenge, and is up to try anything to support her patients. Chelsea is making a name for herself working with goats, and is expanding her knowledge base constantly by completing continued education.

Chelsea has recently completed a qualification in Animal Acupuncture and offers her services from the clinic on a referral basis.

Chelsea lives in Wanganui with her Griffon, Rupert, who is often featured on our social media feed. She loves camping and travelling in her spare time. 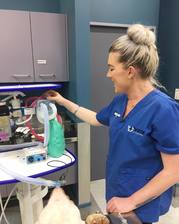 Nicole, Dip VN
Nicole joined the VETS on Carlton team in mid 2018 whilst still undertaking her study to become a Diploma Vet Nurse. Nicole completed her Diploma in Veterinary Nursing in 2018, and her passions lie in anaesthesia and surgical nursing. Nicole has plans to complete further study in this area in the future.

Nicole lives in Wanganui with her son, her rescue dog Murphy, and her cat. Sushi - another VETS on Carlton rehome.